The more or less final proofreading pass has been completed. The corrections have to be entered and checked, formatting issues need to be adjusted, and then formatting for Amazon Paperback publication needs to be fixed. Sometime next month the book will be out.

Academic Warfare — like the other kind, only deadlier.
The young lady is Adara Triskittenion. The novel is the sequel to “Practical Exercise”, also now being written.  It will be a while before these are finished.  Cover by Brad Fraunfelter.

I retired to write and am writing.

First, two of my books are on sale:
Mistress of the Waves — now $1.00 amazon.com/dp/B008J4NLWI
Designing Wargames – Introduction — now $1.50
amazon.com/Designing-Wargames-Introduction-Studies-Design-ebook/dp/B00JX4EUVO

Then the writing projects:

Physics One Last week I finished a pass through the physics text adding the footnotes and other moderate corrections. I have now started the final proofreading pass. In the last three months I have also added 30,000 words to some of the novels I have been working on.

I have had the thought of taking the novel fragments and publishing many of them as a short story collection “Distant Worlds Seen from Afar”.

The short story I sold to Chris Nuttall and Jagi Lamplighter for Fantastic Schools Volume 1 has been published.

Changes over the past three months:

No change in the following:

Stand against the Light is at 80,792 words Eclipse smites another doom or dies trying.

Of Breaking Waves is at 38,000 words Against Eclipse, even Death may die.

DisUnion total 15,834 words (after partition of US; NH/VT capture a flying saucer)

No Tears for a Princess total 88, 647 words classic fantasy with swords and magicians

The Gathering Storm 7000 words Remote Sequel to Mistress of the Waves.

sequel to Against Three Lands 10775 words, No change
sequel to Minutegirls 172 words
sequel to Mistress of the Waves
sequel to The One World.

Behold the almost completed manuscript for the physics text. It finished

I would estimate that it will be available in August if not sooner.

And note bargain prices on two of my books:

Producing a textbook is vastly more complicated than writing a novel. There were nearly 200 figures. There is an index. The core writing file uses LaTeX via WinEDT (not to be confused with winedit) and MikTEX, with the American Mathematical Society addons, generating figures with Inkscape. It’s also large, close to 500 pages of 8.5 x11″ text. I have now marked the index locations, but now must type them.

On the other hand I still plan to charge $20, and one of the competitors has been seen at $400.

Two of my sellers, SmashWords.com and Amazon.com, have launched special programs asking authors to sell books at a reduced price as a support for our Fellow Americans. I have done this for two of my books, namely

Fantastic Schools, an anthology from Jagi Lamplighter and Chris Nuttall, contains my short story Practical Exercise. You can find it on Nook, Kobo, Angus & Robertson, and Amazon. 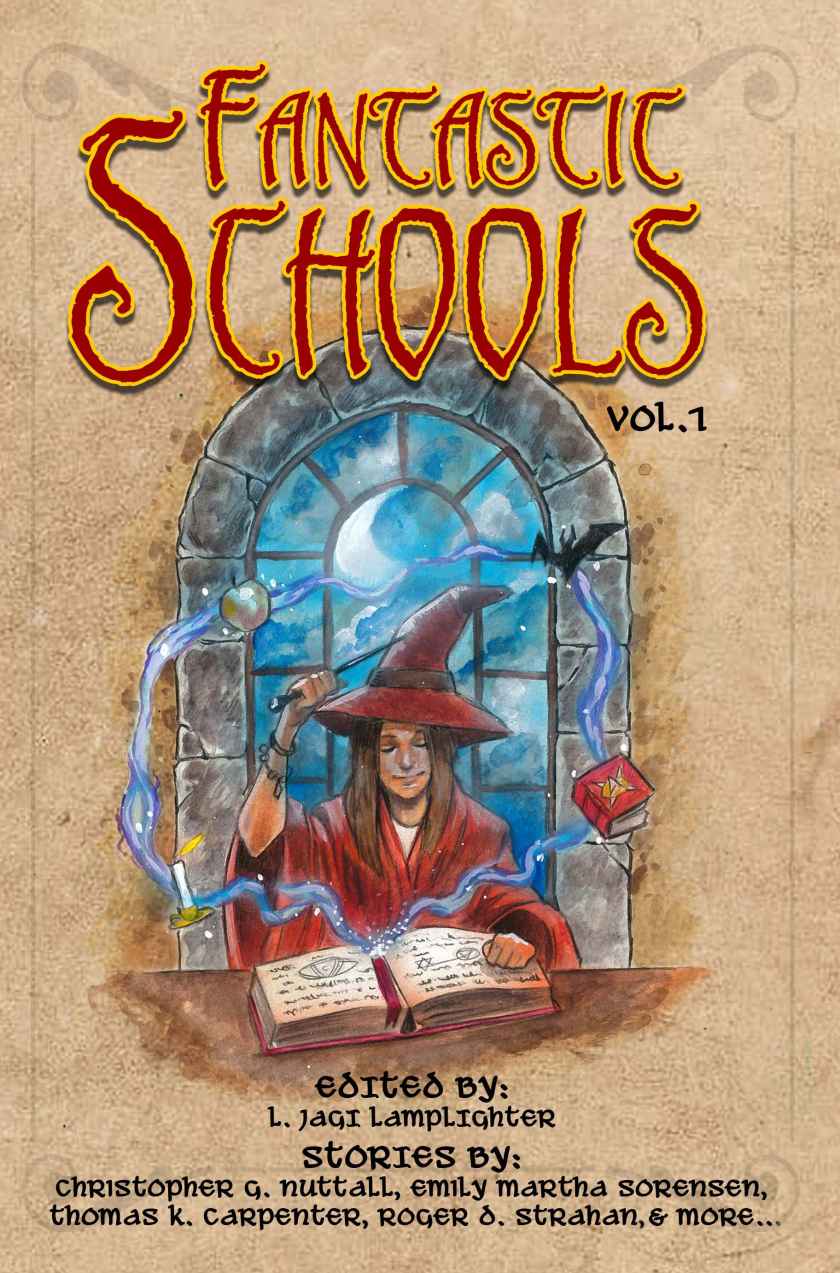 There has been more progress on the physics text.  Proofreading Pass 2 has finished the proofreading.  Some corrections still need to be inserted.  Pass 3 will include creating an index.  Then the book is allowed to sit for a while for yet another proofreading pass.

I have had plot piece for Anglic Union and for Practical Exercise.

As I have mentioned, I am writing a new freshman physics textbook. I am now doing the second editing pass, finding a modest number of corrections on some pages, adding bits and pieces, and so forth. At 15 or 20 pages a day, I have at least the rest of the month ahead of me.

I am advancing on Adara’s Tale, which is the next two or so books of the Eclipse series, this being Adara Triskittenion at what we would call advanced undergrad/grad school.  The two Volumes are Practical Exercise — Adara in courses and research — and a deadly feud — until she announces the solution to Ettore’s Paradox — and Academician, her academic title until she flees for her life and ends up on a world much like ours.

The current line edit is annoyingly slow, but it must be done.  Then there is the matter of constructing an index.

I had an opener that got longer for Tales of the Anglic Union Astrographic Service…not the final title.  It grew by perhaps 9000 words.  I am resetting my thinking to start writing more of Practical Exercise — Adara Triskittenion at Dorrance Academy. I may push that tomorrow.  I am not quite sure how I will make it that interesting, though I have several combat scenes already, and the concluding piece. I did send drafts of Physics One, the physics text, to several friends, to see if they thought I had missed topics.

These are actually my best-sellers.  You can find them on Amazon and Smashwords.

Posted in Uncategorized | Leave a comment
Books by George!
Blog at WordPress.com.